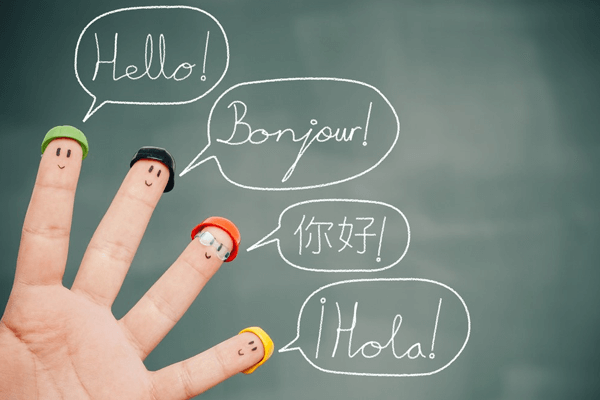 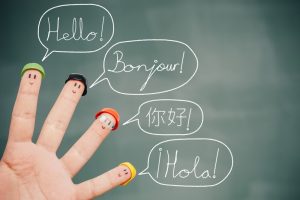 There are long lasting benefits that come with being fluently bilingual.  They range from giving one a leg up in the job market and having the ability to converse with different people and understand the nuances of another culture, to improving brain function such as the ability to focus and perform mental tasks.

Well, it turns out that the ideal time to start bilingualism is maybe even before your baby is born. Recently, neuroscience researchers have been able to actually see what is taking place inside developing babies’ minds. The results were published in the journal Acta Paediatrica. Apparently, babies understand things about language even before birth and develop verbal skills way before they say their very first words.

What’s more, the brain is primed in the first three years of life with synapses, which is the point at which a nervous impulse passes from one neuron to another, creating optimal neural pathways to mediate language. This building of the brain’s language chip goes on, however, at an ever-slowing rate from the age of 6 until the age of 12 years. Therefore, as a child grows older their superior power language abilities weaken.  And so, by the teenage years they are almost entirely lost. This means that parents should take full advantage of the critical period if they want their child to be perfectly bilingual.

Keep in mind, though, that babies acquire language and they can’t actually be taught language. They identify the word form in the stream of speech.  Then they map these words onto meanings they have gathered from hearing repeated utterances of the same sound chunk in the same setting or context. Therefore, the idea is really to expose babies to languages through meaningful conversations that are attached to real life to support the language acquisition process.

With that being said, it would not be such a great idea to rely solely on any “ultimate foreign language course” where you park your toddler in front of a computer screen listening to and repeating phrases.  Needless to say, that does not qualify as meaningful communication. In my opinion this method should just be used to train pet parrots and cockatiels how to talk, not children. Like these birds, children most certainly will learn a few phrases, but the “repeat after me” method will not help them to carry on actual conversations. Plus, language is made up so many intricate expressions of culture and computer language learning programs never effectively cover them.

There are four methods for raising bilingual babies that are commonly used, so I’ll concentrate on them and show how they encourage bilingual development.

One Person One Language (OPOL)

The OPOL method is where each parent consistently speaks a different language to the child. This could mean that mom speaks her native language with her child, while dad speaks to them in English or his native language. The method is considered the best one for teaching babies two languages as it is believed that it results in less language confusion. It also ensures that the baby is equally exposed to both languages on a regular basis and can help both parents connect with the child in their respective languages. It’s especially great when the parents understand each other’s languages because neither one feels left out when the other is speaking their native language with the child.

With the ML@H method the minority language is spoken at home by both mom and dad with the baby and the majority language is used with everyone else.  The risk with this method is that these children may not be up to speed with their monolingual pre-school mates. For this reason, some parents choose to switch to one of them speaking the majority language about year before their child starts school.  Parents needn’t, however, be too concerned about their child being at disadvantage when starting school.  For better or worse, children usually discover far more from other children than from any adult. When children interact with other children speaking the majority language on a daily basis, the time it takes to catch up is just six month.

The MLP method uses the mix of languages in any circumstances – independent of person, time and place.  Mostly this is applied where many family members are at least bilingual. MLP can cultivate the child’s ability to be more flexible and get used to very different sounds and sayings. Then again, it can also lead to confusion, where the child starts to mix up the languages.  To prevent the latter, simply use the language that is appropriate to the situation. For example, the majority language may be used for reading stories and singing songs and homework, while the minority language may be used to chat about more personal and everyday subject matters.

Above all else it’s most important that you have a language acquisition method and follow it. And then just start early. Too, every child is different, and a parent is the best expert on what motivates their child, so work with what drives your child. Trips to where the language is spoken and play groups in the language are fun incentives for its use.