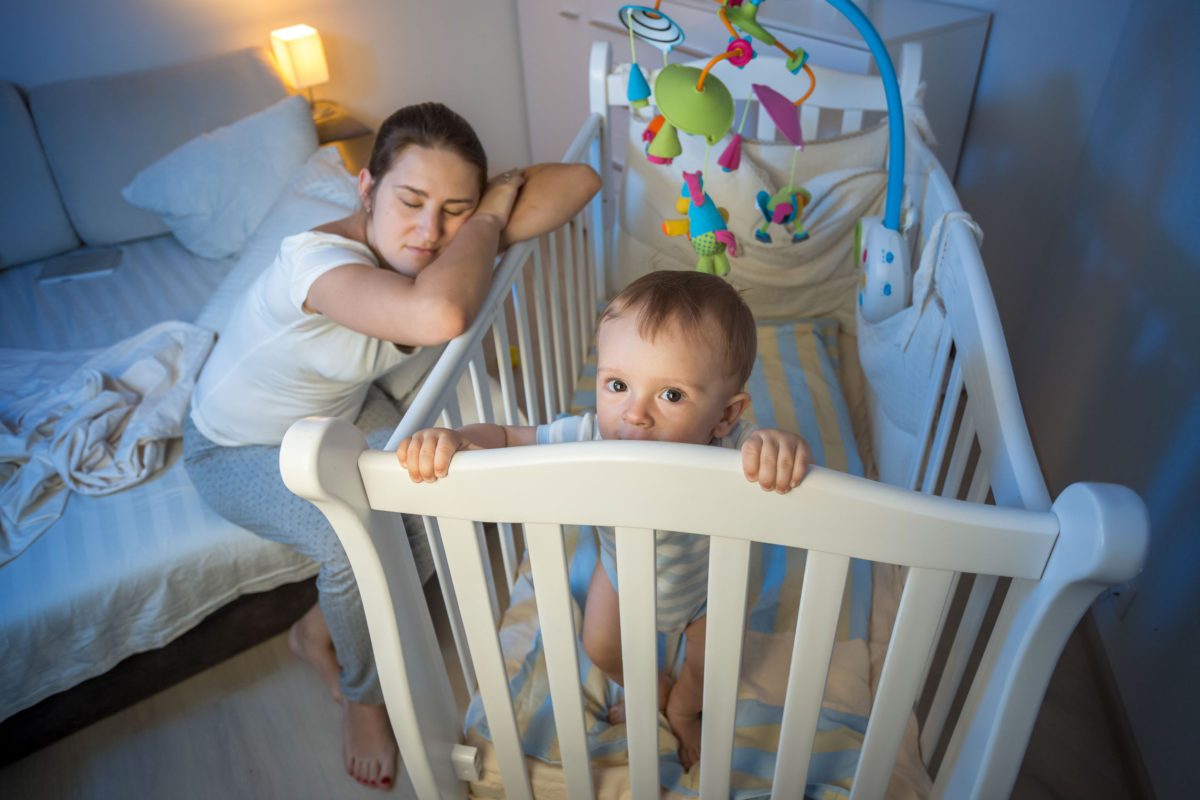 Most parents remember the early days of parenthood as one of the most exciting points in life but that is typically years later once they have caught up on missed sleep.  Everyone knows being a new parent can be exhausting and in general, things do get better when it comes to parental sleep deprivation. But don’t underestimate the dangers, especially in those early days. Studies have shown that sleepy driving can be as dangerous as or worse than drunk driving. Plus, plenty of research links insufficient sleep to various health problems and problems at work.

According to a recent Harvard research study, insomnia leads to the loss of 11.3 days’ worth of productivity each calendar year for the average worker. That’s the equivalent of $2,280.

This may be a bigger issue than many of us ever thought. For even a small business with 15 employees, that would equal nearly 170 days of lost productivity … or the equivalent of $34,300. Nationally, insomnia may be responsible for an estimated loss in productivity worth $63.2 billion.

A recent study conducted by researchers at non-profit organization RAND Europe, titled ‘Why sleep matters – the economic costs of insufficient sleep’, is the first of its kind to quantify the economic impact of sleep deprivation. Researchers found that a person who sleeps on average less than six hours a night has a 13 percent higher mortality risk than someone sleeping between seven and nine hours.

Research leader, Marco Hafner, at RAND Europe is the report’s main author, explains “Our study shows that the effects from a lack of sleep are massive. Sleep deprivation not only influences an individual’s health and wellbeing but has a significant impact on a nation’s economy, with lower productivity levels and a higher mortality risk among workers.”

Although life with a newborn is a round-the-clock endeavor, don’t lose hope. By ages 3 to 4 months, many babies can sleep at least five hours at a time. At some point during your baby’s first year, nighttime stretches of 10 hours are possible.  Proactive parents can give their baby the benefit of a progressive developmental tool like the BabyPlus Prenatal Education System®.  Although nothing guarantees your baby will sleep through the night quickly, a 3rd party survey reported 80% of moms who wore BabyPlus during pregnancy considered their children good sleepers.

BabyPlus® is a developmentally appropriate curriculum that introduces patterns of sound to the prenatal child in the only language he or she understands-the language of the maternal heartbeat.  As a baby discriminates the simple rhythmic sounds of BabyPlus® from those of the mother, auditory learning begins.